Hi, friends! I'm Penny D. Pelican and I work at Synergy Bank. I love teaching my friends all about money and how to save. Did you know there is a savings account just for kids? Ask your parents to visit here to learn more. I'd love to share all about banks and money with you! Click on the + buttons below to learn more about each of these topics. 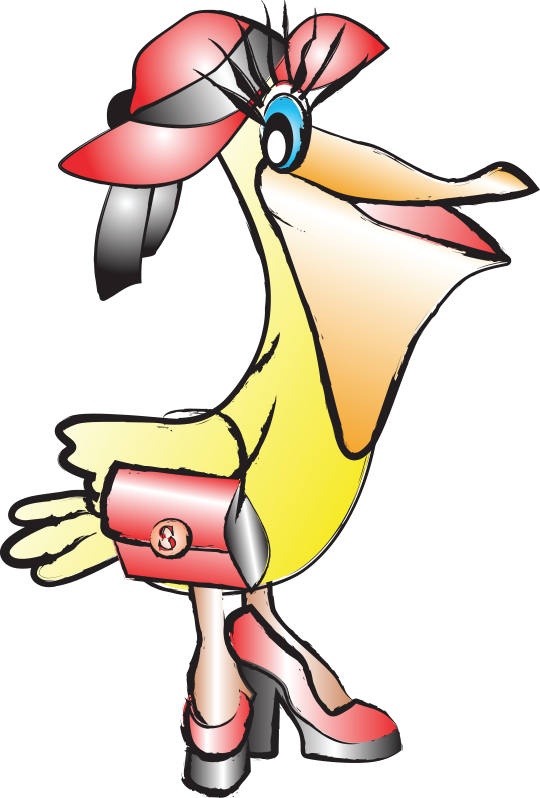 How Does a Bank Work?

A bank is not just a storage place for money! A bank provides many services: checking accounts, savings accounts, loans to buy things like cars and houses, and much more. The bank holds your money in safe place until you need it.

Did you know that banks pay you to keep your money in their accounts? That’s right! If you put your money in a savings account, the bank will pay you a small amount which is called interest.

A bank can also lend money to people who needs to buy something big like a boat or house. When someone borrows money from a bank, they must pay all the money back over time plus a little extra. This is also called interest.

In order to buy the things that we like, we have to have money. Your parents go to work and that company or person pays them for the time that they worked. This is called earning money. You can do things to earn money too!

You can cut grass, take out the trash, walk your neighbor’s dog, or have a lemonade stand to earn money. You’ll feel good when you are paid for your hard work. Once you have earned your money, you’ll have to decide how to spend it.

Once you earn money, you have the choice to either spend, save, or share it. I like to do a little of all three!

Spend – Spending money may seem like the most fun option. When you spend money, you give a person or store money in exchange for something like a toy or game. It’s important to remember that in order to purchase something, you need the money. If you want to buy something that costs more than you have, you will need to save.

Save – You can also save your money! Have you ever had to save for something that you really wanted? Sure, it was hard to save up but I bet it felt awesome when you finally got to buy what you wanted! Saving money helps you to save up for the future too!

Share – You could also share a little your money with a worthy cause that means a lot to you. For example, if you like animals you can donate a few dollars to the animal shelter to help them care for animals.

When I earn my money from working at the bank, I like to do a little bit of all three. I spend a little on myself, save a little in my savings account, and then share a little to help animals.

A budget is a tool for thinking about where your money comes from and where it goes. This helps you to know how much you can spend, save, and share.

To make a budget, write how much money you will earn on one side (income) and how much you want to spend, save, and share on the other (expenses).

It's important to know the difference between a need and a want so that you can spend your hard earned money wisely!

When you make your budget, you should spend your money on your needs first, and then worry about the wants with the money that is left over.

Can you spot the needs and the wants in the list below?

Through the American Women Quarters Program, the U.S. Mint will release five new quarter designs each year that honor an extraordinary woman in American history! The women featured in 2022 include Maya Angelou, Dr. Sally Ride, Wilma Mankiller, Nina Otero-Warren, and Anna May Wong.

Learn more about the 2022 Honorees below! 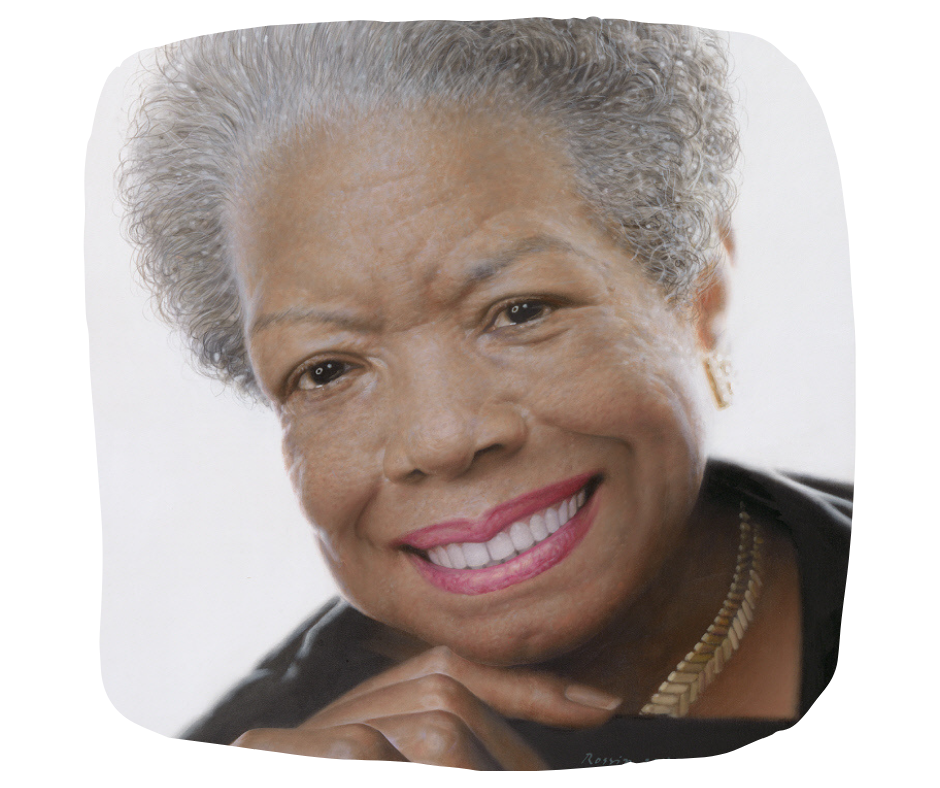 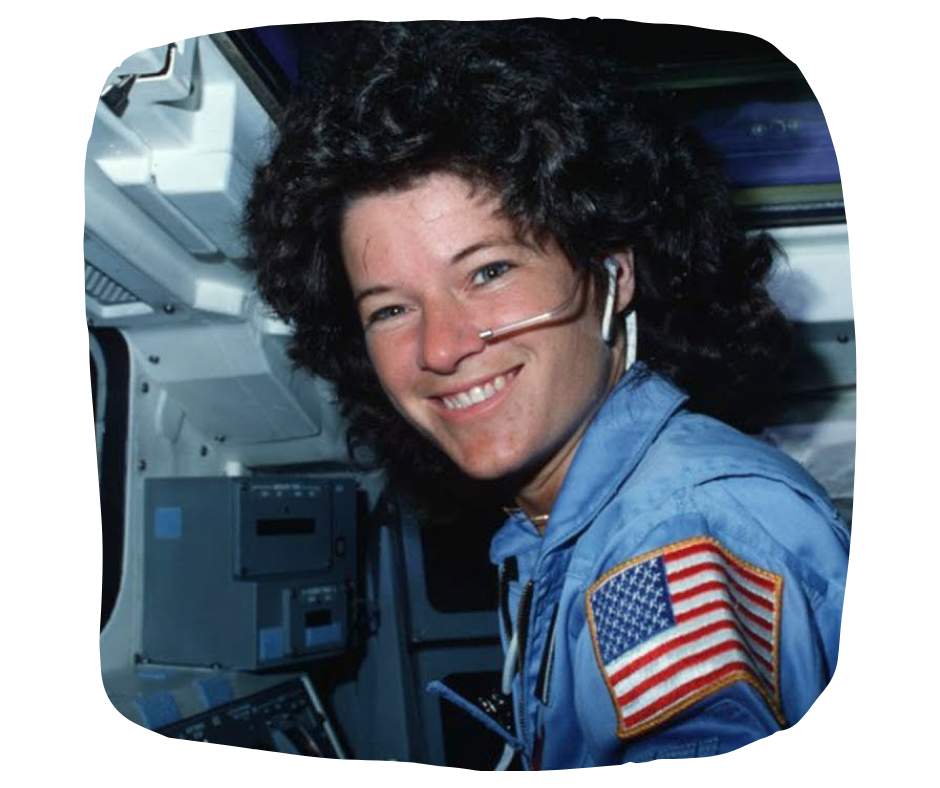 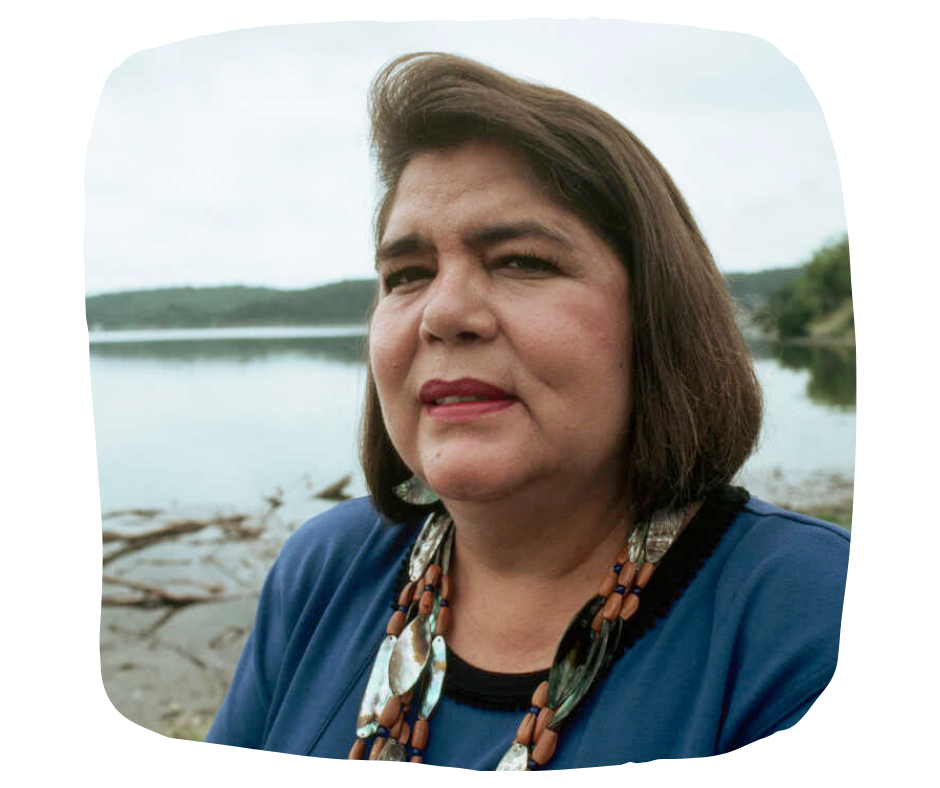 Wilma Mankiller was the first woman elected principal chief of the Cherokee Nation and an activist for Native American and women’s rights. She led the creation of community water systems, rehabilitation of homes, and raised education levels among her tribe. 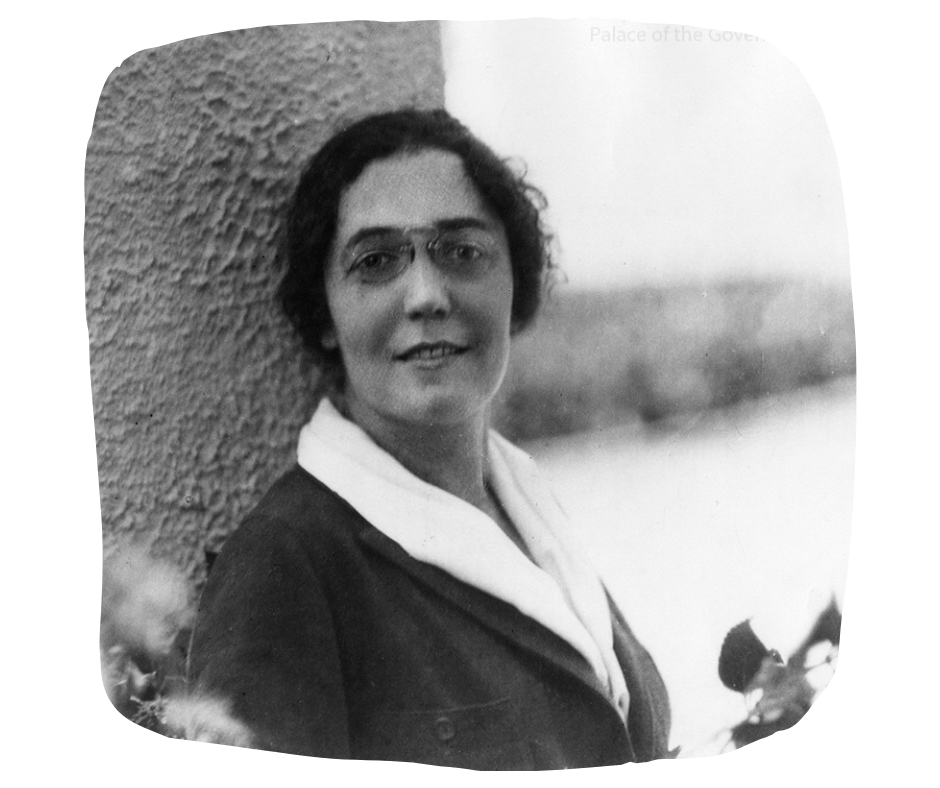 Nina Otero-Warren was a leader in New Mexico’s suffrage movement and the first female superintendent of Santa Fe public schools. She worked to improve education for all New Mexicans, working to preserve the culture of the state’s Hispanic and Native American communities. 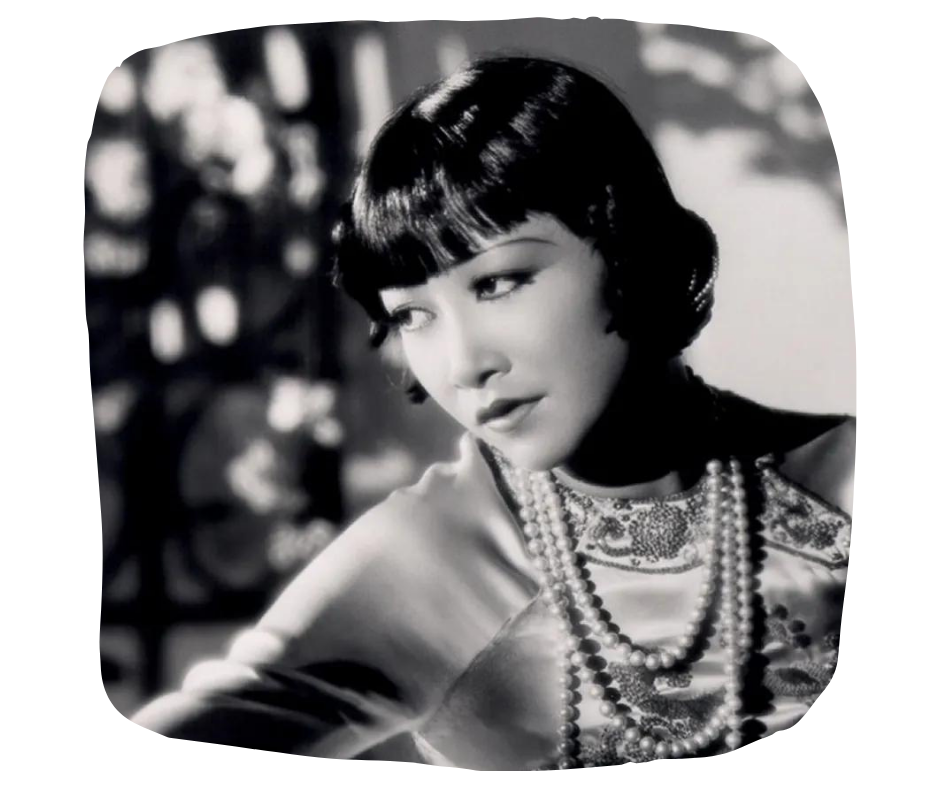 Anna May Wong was the first Chinese American film star in Hollywood, appearing in more than 60 movies throughout her career. She left a legacy for women in the film industry.

What is money? Money can be almost anything, as long as everyone agrees on its value. One of the earliest forms of money was metal, such as gold or silver. In North America, Native Americans used beads made of shell, called wampum, as a form of money.

Before people used money, they bartered, or traded, things they had for things they wanted. For example, a person may have traded three goats for two sheep. Each person had to give the other something they wanted and everyone had to agree that their value was similar.

People have used money for more than 4,000 years. It is believed the government of Turkey was the first to make coins which were a combination of silver and gold called electrum. Many ancient peoples including the Greeks and Romans used coins. The first types of paper money were used in China more than 1,000 years ago. Early paper money was a written note that a person could write which promised to pay a certain amount of gold or silver money later. Later, governments began printing paper money.

Today, paper money and coins that are used are called currency. Each country has its own form of currency. In the United States and several other countries, the currency is the dollar. Other common currencies are the euro, the peso, the pound, and the yen.

How a Bank Works

How Coins Are Made

Field Trip to the Money Factory

Journey of the US Currency

Lemonade Day is a free educational initiative designed to teach children how to start, own, and operate their own lemonade stand. Having a lemonade stand teaches financial responsibility, while also shaping our future business leaders, social advocates, community volunteers, and forward-thinking citizens of tomorrow!

Join us on Saturday, May 6th by hosting your lemonade stand at your home, neighborhood park, or other safe location. The first 100 children to register for Bayou Lemonade Day with Synergy Bank willl receive a free Lemonade Day kit, which will contain helpful items to run your lemonade stand like an apron, money bag, cups, and more. The kits are provided in partnership by Synergy Bank, Raising Canes, Rouses, Terrebonne Parish Libraries, and Lafourche Parish Libraries.

By registering your stand, you can also win prizes through the day. One lucky winner will win Best Decorated Stand and receive our Grand Prize. The 2023 Bayou Lemonade Day registration link will be shared here closer to the event date. Stay tuned! 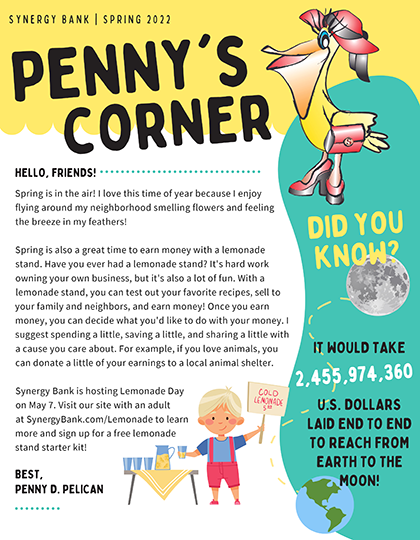 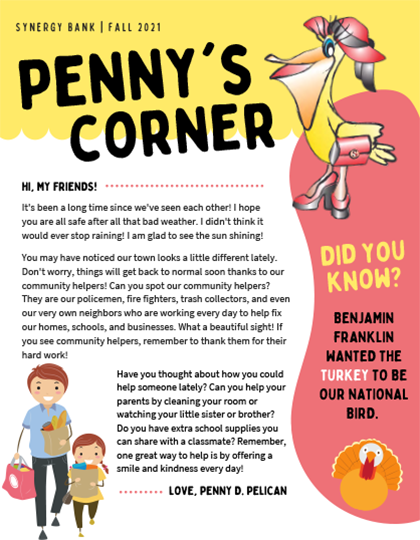 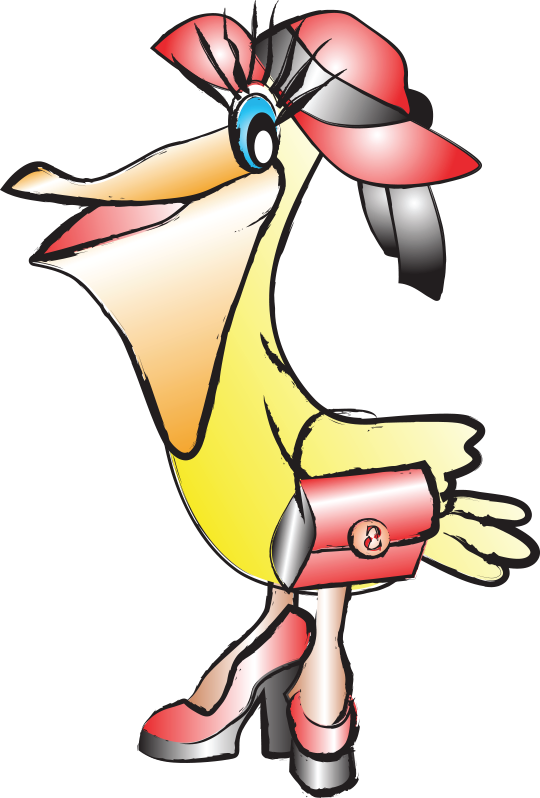 We recognize that protecting children's identities and privacy is important. We comply with the practices established under the Children's Online Privacy Protection Act (COPPA). We do not knowingly market to or solicit information from children under 13 years of age without parental consent.

COPPA was passed to give parents increased control over what information is collected from their children online and how such information is used. The law applies to websites and services directed to, and which knowingly collect information from, children under the age of 13. Synergy Bank’s website and online banking services are not directed to children under the age of 13, nor is information knowingly collected from them. For additional information on COPPA protections, visit the Federal Trade Commission's website at https://consumer.ftc.gov/articles/protecting-your-childs-privacy-online.